Just over a week from now Stars Beckon Call will be launched into the world. Hint: It’s Wednesday, May 2nd. But in the meantime, how about one final preview chapter to whet your appetite along with a couple more early reviews?

I enjoyed this story immensely. The storyline is very well written and compelling. I would highly recommend this story to anyone who enjoys a good sci-fi story. It does need punctuation and spelling corrections but overall was a great story.

Be sure to leave a comment at the end of the chapter. Let me know what you think.

Emerald Eyes managed to keep Jason’s head from striking the casino’s floor, but despite slapping him several times across the face, she was unable to revive him. After checking to be sure he was still breathing, she stood up, glaring at Freddie.

Freddie pointed to the distant wall of numbers. “I’m not allowed to leave my station until the spin has been completed.”

“What?” Emerald Eyes said, glancing at the lever for the first time and noticing it had been pulled. “You can’t count that. He passed out.”

“I’ll admit it was a unique approach, but everyone has their method. It still qualifies.” When Emerald Eyes continued to glare at him, he added, “If he wins, he’ll still receive his full earnings. In the meantime, stay calm. Someone will be here in a minute to help.”

Realizing that further discussion was futile, Emerald Eyes directed her attention back to her friend while everyone else focused on the circulating light that had begun to slow. After a minute, she noticed, out of the corner of one eye, a small band of uniformed officers pushing their way through the crowd. Their black armbands identified them as Sleep Station agents. No doubt someone from the casino had called to let them know that a customer was playing the Big Sleep as it was called when someone’s last life-credits were on the line.

She’d been around the Gambling Zone long enough to know that all casinos were required to make such a call, but it still turned her stomach to know that Casey or someone else had snitched on her friend. As she watched the guards approach, a croupier from a neighboring game table stepped forward to speak to the head of the security team. Pointing in her direction, he whispered something to the guard, who promptly signaled for his men to stop. They then turned their attention to the far wall where Jason’s number forty-seven was located.

As the light slowly moved around the room, the crowd picked up the chant for the number that had been selected by the person playing for the Big Sleep. For a moment, Emerald Eyes felt the uncomfortable sensation of déjà vu. Gazing down, she saw not the face of a thirty-two-year old man, but the innocent smile of a sixteen-year-old boy. She closed her eyes for a moment, remembering their first meeting. When she reopened them, the boy was gone.

Meanwhile, the chanting grew in intensity as the light nudged itself slowly forward. She could hear people making side bets on whether the light would settle on forty-seven and was surprised to hear that the odds were three to two in Jason’s favor. How could that be? Surely most of the people in the casino knew the extraordinary odds against such a result. Then she realized what must be happening. No doubt many of the regular gamers on the floor were placing their bets to show their support for Jason–a sort of vote of confidence. They wanted Jason to buck the odds one more time with a win, and they were willing to put some of their own life-credits on the line for it. The realization brought tears to her eyes.

As the light continued its final circuit around the room, Emerald Eyes checked Jason one last time before standing up so she could get a better view of the far wall with the number forty-seven. She tried to close her eyes so she could better concentrate on praying, but she couldn’t take her eyes off the moving light. It seemed to her that the light was moving too slowly to ever make it to Jason’s number, but she couldn’t be sure. She rarely watched the Wheel. It remained something in the background most nights, and she refused to ever play it even if one of her dates requested it.

On the few times she’d been in the casino when someone had chosen the Wheel to play the Big Sleep, the crowd would have built themselves into a frenzy by this time, but for some reason, they appeared much more subdued on this occasion. Emerald Eyes suspected that most people realized what was at stake and were not looking forward to Jason losing his bet, and the attendants then moving in to haul his still form away to the Sleep Station.

As the light slowly nudged its way across the wall like a snail moving across a rock, the crowd cheered each time a number blinked off and the next one blinked on. With only three numbers remaining between the light and number forty-seven, the crowd came alive as they realized Jason actually had a chance to win once more. With each click, the emotions built and the crowd cheered louder.

It isn’t possible, Emerald Eyes thought as she watched in fascination. No one could be so lucky as to win twice in a row on the Wheel with the same number, even though it had been sixteen years between the two attempts. And if I have anything to do with it, he’ll never play it again, Emerald Eyes vowed.

Only one number remained between the light and forty-seven. The crowd continued to shout for it to move just two more squares. Two more squares. The light clicked over to the next square and then…

All the lights throughout the casino winked out. Casey’s casino remained in total darkness for at least twenty seconds before the emergency lighting finally cut on. For the first few minutes after the emergency lighting came on, an all out riot seemed inevitable. Everyone pushed and shouted in anger and fear. Someone stepped on Emerald Eyes’ foot. She retaliated by elbowing him in the ribs. Thinking it had been the man beside him who’d struck him, he turned and punched the other man. The second man, who was a good six inches taller and thirty pounds heavier, decked his assailant. Within seconds, a dozen similar scuffles broke out around the room, threatening to escalate into an all-out riot before a high-pitched blast from the overhead speakers, sounding like a mixture of electronic feedback and someone running their nails across a chalkboard, stopped everyone in their tracks.

Everyone covered their ears and cowered towards the floor in an attempt to get away from the ear-splitting noise. The sound continued to build in volume for ten seconds as hundreds winced in pain, many falling to the floor. Then, as suddenly as the noise began, it stopped. Seconds later, the lights flickered back on. Slowly, people rose from where they’d been crouching and looked around as the much softer sound of Casey’s smooth, tenor voice came across the air.

“Loyal patrons, please excuse the brief interruption. We humbly apologize for the temporary loss of power. It appears there was a power outage across the entire Zone. We are attempting to get word on its cause and will keep you posted. In the meantime, I realize the interruption occurred at a sensitive time in the play of the Wheel of Fortune.

“It is the policy of Casey’s Casino to never allow any outside circumstances to interfere with the enjoyment of our patrons. On the rare occasions of such an occurrence, we are authorized by the Gaming Board to give our players the benefit of the doubt. Therefore, anyone who had a bet on the Wheel of Fortune at the time of the power outage is declared a winner. All numbers played will be honored.”

“Holy shit,” Emerald Eyes murmured as the crowd broke out in a cheer. “If you aren’t the luckiest bastard I’ve ever seen.” She caught Freddie’s attention. “Would you get a couple guys to help me get Jason to my quarters?”

Freddie nodded as he closed down the Wheel to give her a hand.

Now it’s your turn. Leave a comment below. How are you liking the story so far? 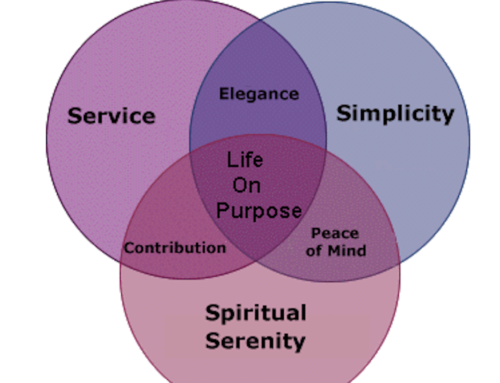 Ten Steps For Freeing Ourselves From The Downward Spirals Of Life

Ten Steps For Freeing Ourselves From The Downward Spirals Of Life